Kilimanjaro Children Empowering Foundation (KICEF) is a local NGO founded in November 2011. The sole mission is the relief of advocacy and improvement of the life of orphans and vulnerable children from poor families regardless of their religion or tribe. KICEF is located in Kahe Ward, it’s a rural district of Moshi in the Kilimanjaro Region – Tanzania. It’s about 23km from Moshi town to Kahe.

Since 1982 the upsurges of HIV/AIDS in Tanzania caused that many people, and especially the youth, are infected and affected by this disease. As a result, the number of orphans increased and also brought poverty to families living with orphans. Among the identified children in Kahe Ward, most of them live in terrible conditions. Often they stay with their grandparents who are not able to care for them and rely on the help of relatives by themselves. Some of the children in our village engage in child labor during class hours. Their aim is to get some money to buy food for them and their grandparents. The major challenge to them is to get food, school uniforms, good health services, home clothes, mentoring services and the assurance of a future quality education. Within Kahe Ward the rate of vulnerable children is still increasing because there is no sufficient prevention of HIV/AIDS. In addition, there is no good policy to care for those children affected by HIV/AIDS.

our intention is to empower people( children)  in our local community to be able to overcome the above mentioned challenges facing community.

Our mission is to work hard in alleviating the children’s vulnerability and to bring hope and new opportunities to the most disadvantaged children and youth in the community.

We want to empower children in the community through supporting schools and support   all orphans and  vulnerable children in our village with health insurance or any support which can transform their life. For this we want to provide school materials, health care and food so every child has the chance to go to school and get the education they need for a better future. We believe those children are a window to development, progress and transformation of the community.

2) Improving the quality of the school buildings and teaching materials and hygiene facilities.

3) Providing health insurances to children in the schools

4) Getting permanent offices for our organization 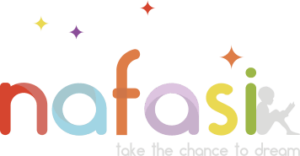 Kilimanjaro Children Empowering Foundation (KICEF) is a local NGO founded in Nov 2011 for the sole mission of relief advocacy and improvement of the life of orphans and vulnerable children from poor Families regardless of religion, or tribe. KICEF is located in Kahe ward, Moshi rural District, Kilimanjaro Region – Tanzania, some 23kms from Moshi town. The NGO is now working in Kahe ward with two projects. Chilpreneurship project and a children center.